2021/8/7
On 22 July, a ceremony was held at the Permanent Mission of Japan in Geneva for the conferment of the Grand Cordon of the Order of the Rising Sun on Dr. Francis Gurry, the former Director General of the World Intellectual Property Organization (WIPO).

At the beginning of the conferment ceremony, Ambassador Yamazaki presented the decoration to Dr. Gurry and congratulated him on his achievements during his tenure as WIPO Director General. Among his remarks, Ambassador Yamazaki highlighted Dr. Gurry’s promotion of the evolution of the international intellectual property system and his contribution to strengthening the partnership between Japan and WIPO in the field of intellectual property. In his remarks, Dr. Gurry extended his gratitude for the conferment and expressed his appreciation for Japan’s contribution to assistance for developing countries via the WIPO/Japan Funds-in-Trust initiative funded by Japan over many years. Dr. Gurry also mentioned that he had been pleased to help the development of the intellectual property regime in cooperation with Japan, including on the occasion of his many official visits to Japan.

The ceremony was conducted in a congenial atmosphere and attended by a member of Dr. Gurry’s family, as well as senior leaders from WIPO and ambassadors of permanent missions in Geneva. 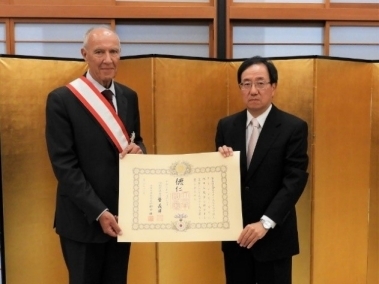 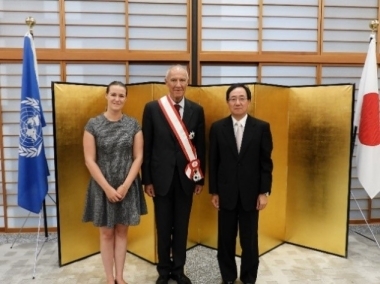 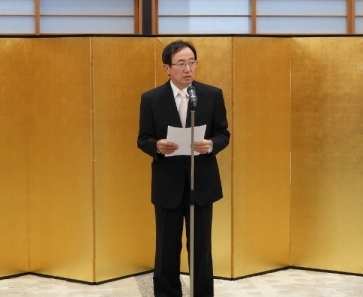 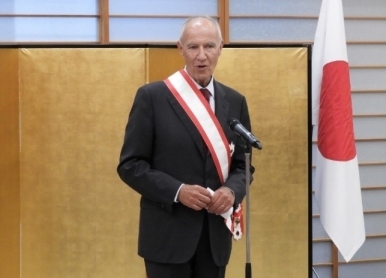